RIVER FOR ALL
Urban Planning and Engagement
Grand Rapids, Michigan

The Grand River flows north-south through the City of Grand Rapids, and plans are underway to return the river to its former glory by removing dams and restoring the City’s namesake rapids. New recreational opportunities are being planned through the River for All effort.

Williams & Works led community outreach and engagement to bring citizen voices to the design process. Six municipally-owned sites have been identified to re-imagine and reprogram as part of river restoration. Additionally, a 7.5- mile continuous trail system is planned, which will span both the east and west edges of the river.

Community engagement included a week-long installation of parklets in a closed travel lane of Bridge street over the river during ArtPrize to test improvements including crosswalks, pedestrian refuge islands, seating, and using art as wayfinding. The event resulted in over 1,500 comments about the river corridor and design solutions. Other engagement included a project website with a digital input interface, focus groups, and community meetings. 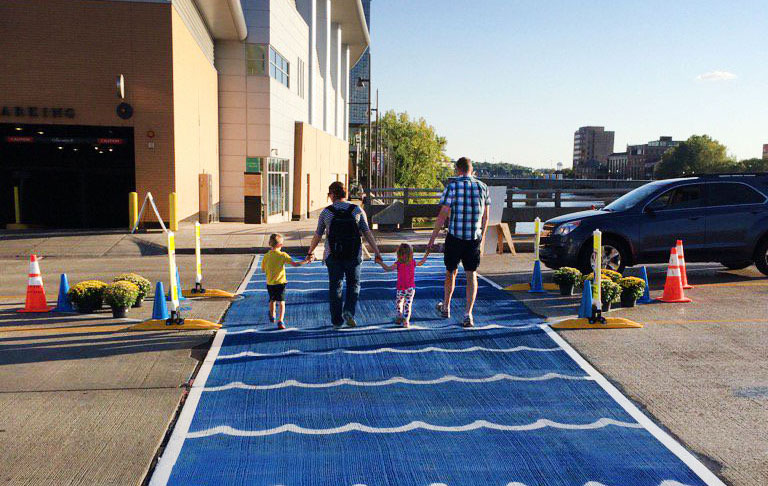 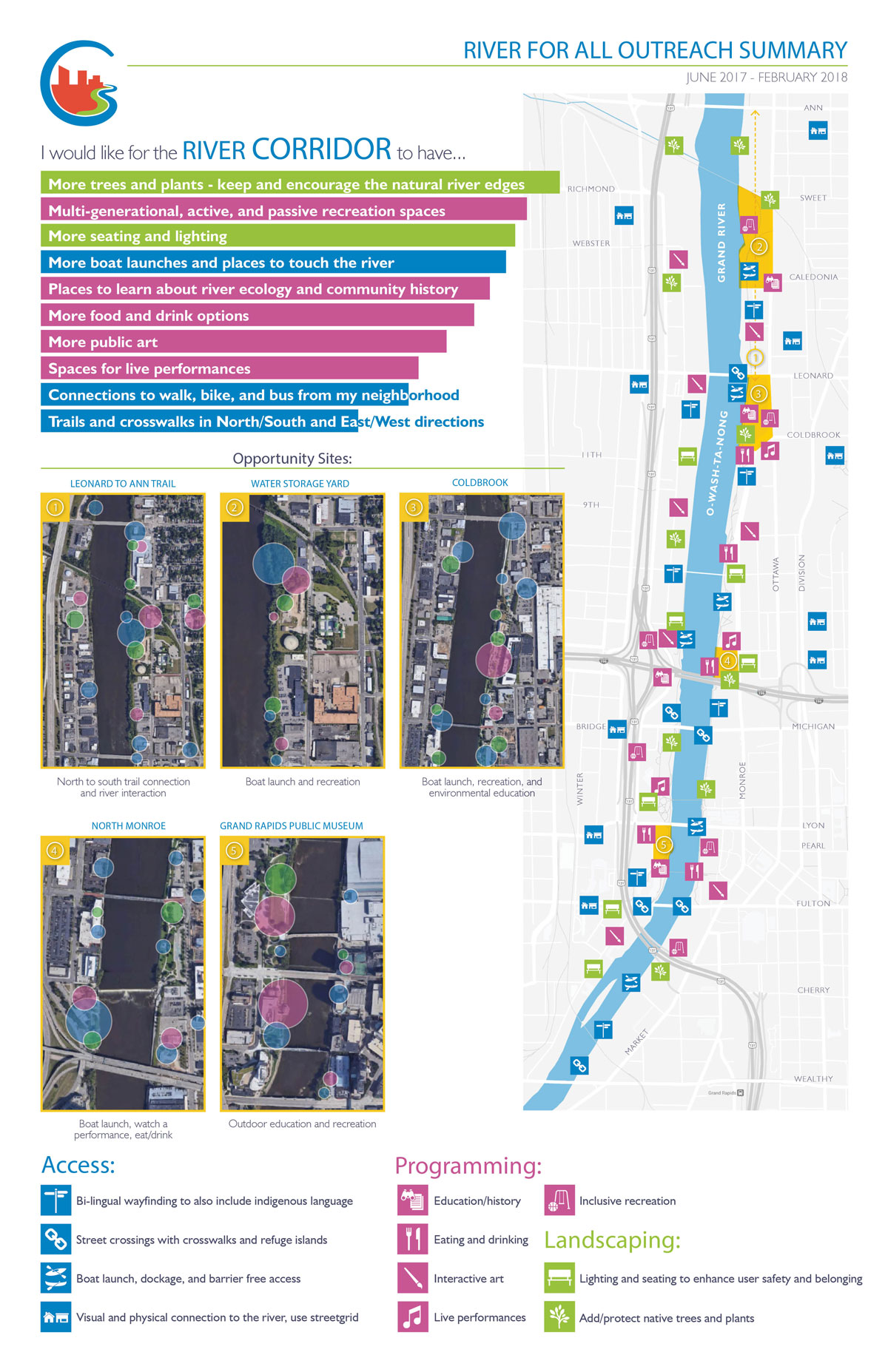